It is shameful but the situation of the poor in Britain is becoming so bad under this evil man Boris Johnson that the poor are turning away potatoes given to them at food banks because they can not afford to cook them.

This technique or way of cooking without using heat was done by frontier women in the USA who had no access to firewood -they used twigs, or even dried cowpats- and needed to cook big pots for their families.

Essentially it consists in taking the pot to boiling point, then put it in am isolated container.

At the time it was a wooden box filled with hay.

The pot would keep on its heat and the food after a time would be soft, tasty and ready to eat.

In particular the article

This photograph belongs to the magazine, I put it here so you can best see the idea. 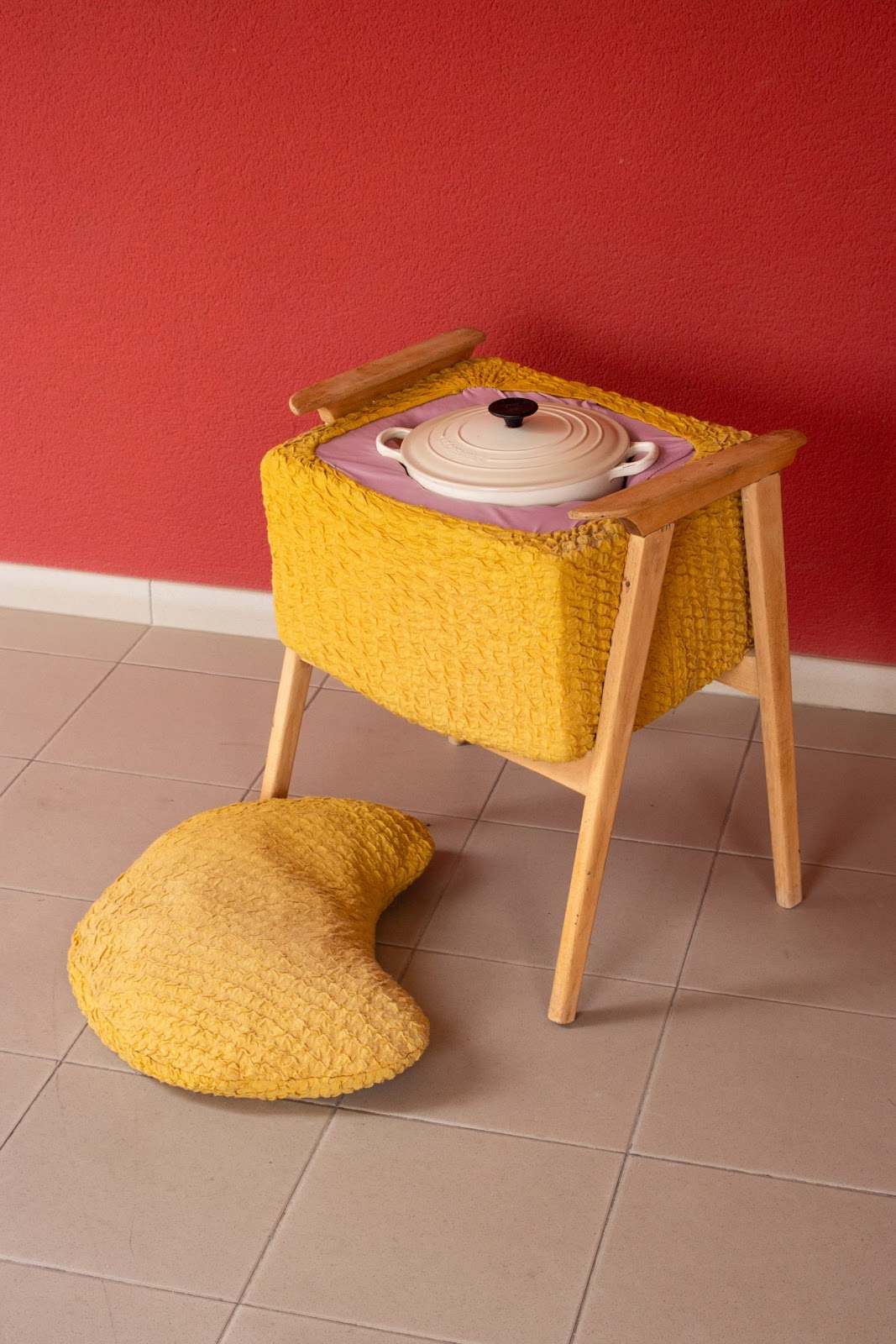 the frame is from an old chair, the isolation is a block of styrofoam and it is nicely made, it has a cover also.

Boiled, sure. In Britain food used to be boiled, everything was boiled, and people were healthy.

Low-Tech Magazine has a wonderful article on the wonders and uses of the Hot Water Bottle.

→ The revenge of the Hot Water Bottle

Imagine a personal heating system that works indoors as well as outdoors, can be taken anywhere, requires little energy, and is independent of any infrastructure. It exists – and is hundreds of years old.